I may as well bring up the handguns designed by Ferdinand Mannlicher, as well.  The first was the M1894. 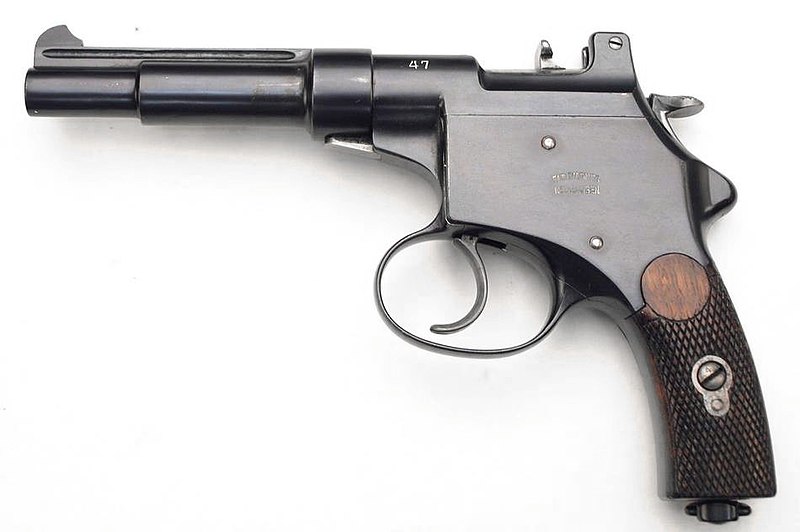 This gun was unusual for using a blow-forward mechanism, rather than the blow-back method.  The barrel would actually move forward to cause the pistol to cycle.

This was changed to a blow-back mechanism for subsequent Mannlicher designs, which were built by Steyr of Austria, and marketed as Steyr-Mannlicher pistols. 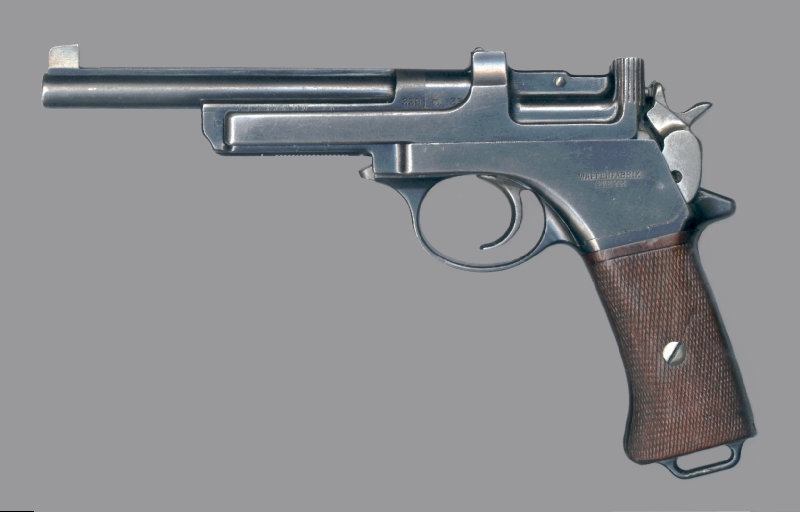 But although they possessed functionality, along with good looks, none of these pistols were very popular with gun buyers

Eventually, all the early ideas for semi-auto pistol design culminated in the 1908 Luger 9mm (whose toggle link was, itself, adapted from the Borchardt, and that idea was borrowed from the Maxim machine gun), and the 1911 Browning .45.

Perhaps I should point out that the primary goal of firearm manufacturers at the time was to sell their goods to some country's military.  This would mean thousands, perhaps tens of thousands (or even more) of sales, which would mean huge profits.  Sales to civilians, or even law enforcement agencies, couldn't come close, even in the USA, where per capita gun ownership was well above any European country.  Without military contracts, models were often discontinued as soon as a factory's capabilities were needed for something the management believed would be more profitable.  (Many European countries were basically spoiling for war at that time, and building up their military resources.  It all broke loose in what we now call World War One.)