A key event in the formation of the group that becomes CR&A occurs at a world's fair type of event scheduled to begin in May of 1905, in the state of Oregon.  About three years after dreaming this up, I decided to see if any fairs like this had taken place anywhere around this time in real history.  Lo and behold, I discovered that "The Lewis and Clark Centennial Exposition" took place from June 1, 1905 to October 14, 1905 in Portland, Oregon!  There is an article about it here . 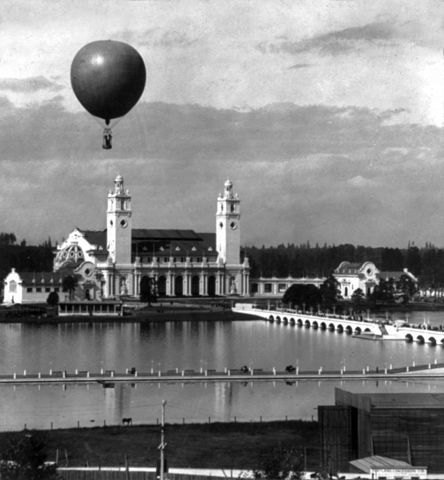 In my story, the event featuring my characters becomes known as "The Great Airship Rescue".  There is no mention of airships at the real exposition, but there were "blimp excursions".

In the story, the Prussians (there is no unified Germany in the CR&A universe) have brought an airship of their own, which plays a part near the end.  In reality, Germany had a major presence at the fair, and spent a great deal of money on their exhibit.

(OK, coincidence #1 can be described quickly, so here it is:

The first character from these stories to appear in my mind was Adele Calloway.  She is from Texas, and her birthday is September 23, 1882.  When I looked up the name, I found this:

"From the social security death roles:

Now is that really strange, or what?)

Its very possible that you have memories of a past life... Its  not the first time such things have happened.