I like to have "period" (like there's an actual Steampunk period, right?) items around to inspire me, and to "use" if I ever go to any kind of steampunk event.  Replica money is as good a place as any to start. (The whole issue of replica money is clouded by the fact that some people (and maybe agencies) think this is the same as counterfeiting.  I don't see this as the case, but it limits what's available.)

I've scoured the net for these things, and here's what I've come up with.

Coins:  (I should mention that I only consider metal coins.)  I've found some decent looking British "gold" sovereign coins, for a fair price, but they're on one of those Chinese Amazon-looking sites, and, for some reason, my payments won't go through, so I don't have any.

One of the only other options (for me) is "pirate" coins.  These can be found on Amazon, and I have several different types:  (I apologize for the poor image quality.  It's the best I can do with the limited photographic resources, and processing software I have.) 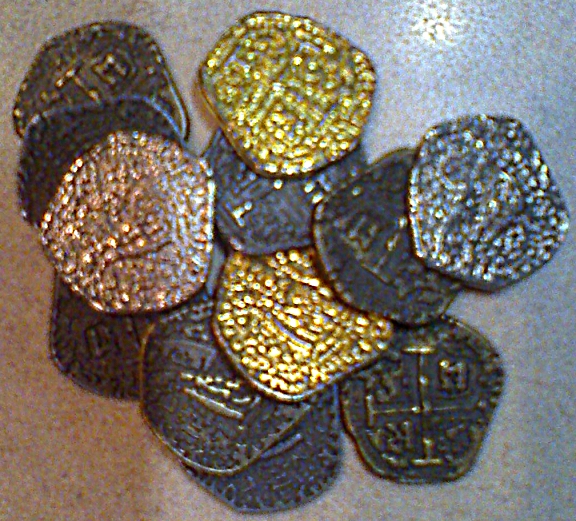 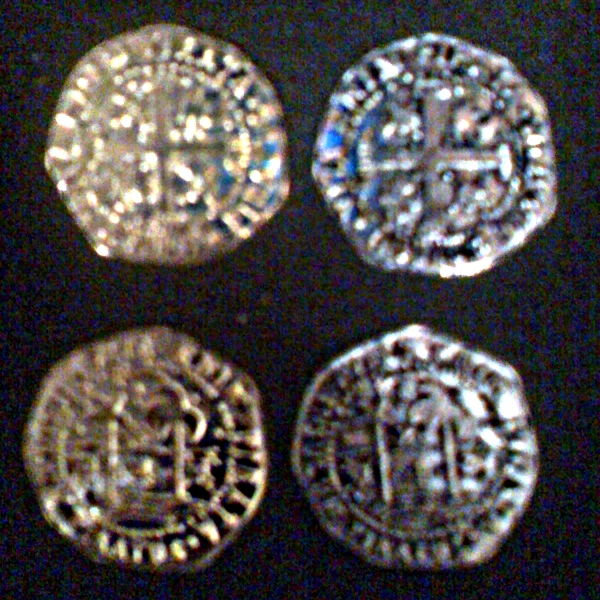 These are "copies" of Spanish coins.  Two real (the silver), and two escudo (the gold).  Spanish coins were used in the early days of the United States, and are the basis for much of the (still current) American monetary system.  The eight real coin was called a "Spanish dollar", and valued as such.  For a dollar at eight reals, one real was 12.5 cents, or one bit.  A Spanish gold escudo was worth about two dollars, so one of these coins would be worth four, or five American dollars. 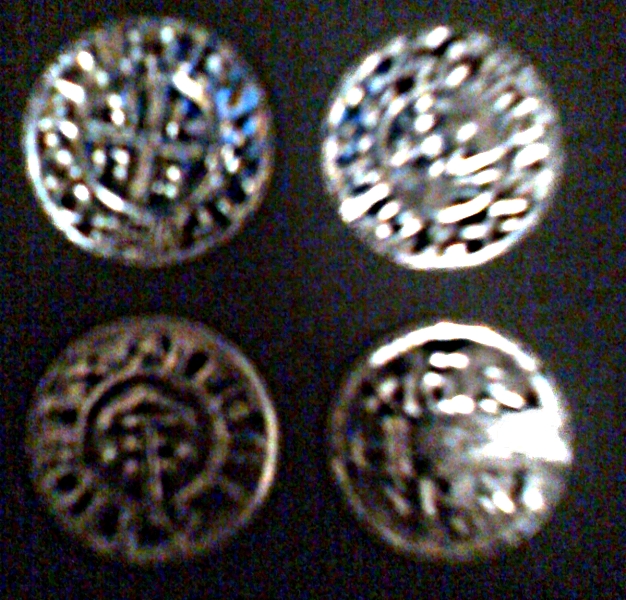 I'd guess these would be worth somewhere between one and two bits.

As for paper money, there's only one source (on Amazon, or was it Etsy?) I can find for American bills. They're not cheap and reviews are dubious, so I've fallen back on Confederate cash.  There is a tradition for this dating back to Hollywood B westerns, TV shows, like "Have Gun, Will Travel", and many spaghetti westerns.

There are two main types currently available.  The first is printed monochromatically on crinkly yellowed paper, and only on one side.  The second is printed in color, on both sides (when appropriate), on plain paper.  I have some of both, and this a  comparison image of the two types: 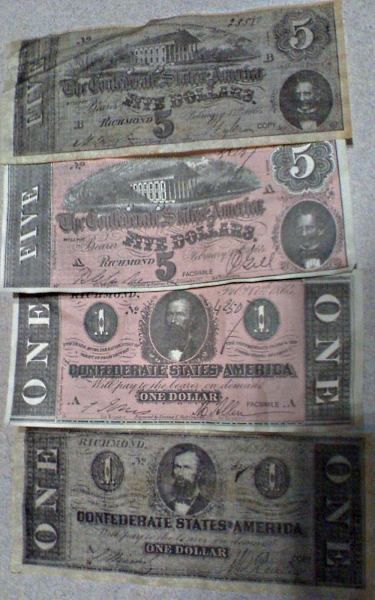 I prefer the color versions, as they are more accurate.  I've resorted to the old counterfeiter's technique of wetting, and drying them to make them look used. 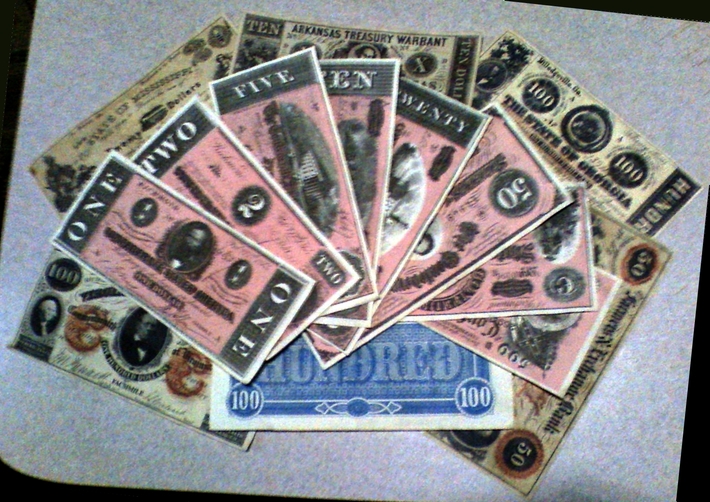 Alright, I think I used "fresh" bills in that picture.  Here's a comparison of "unused vs. used". 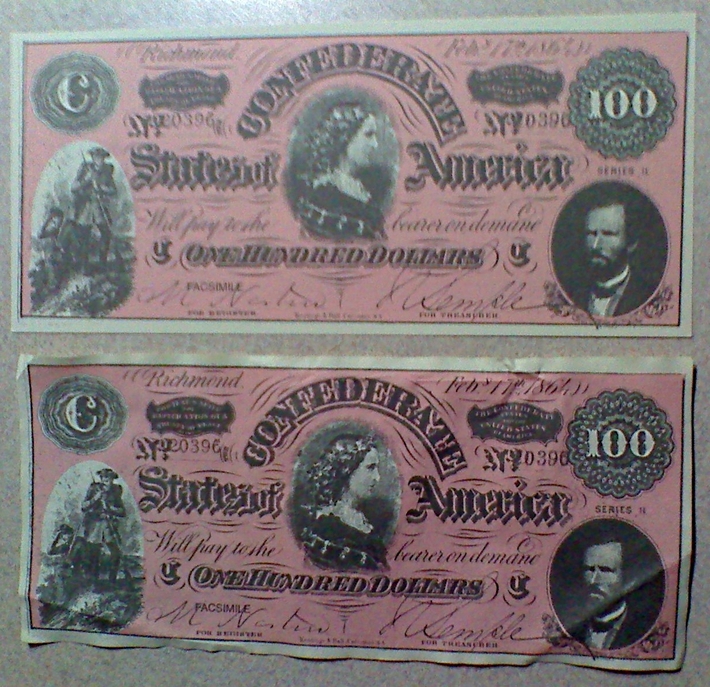 I have no affiliation with any of the vendors of the above items, but if anyone actually reads this, and wants to know where to purchase anything I've mentioned, say so in a comment, and I'll post the link(s).

My concept for 'recreating' period American currency is still ongoing.  At this point, I have no idea when/if I'll have a real update.

In case anyone's interested, as of August, 2020, the inventory of the primary net vendor of the plain paper Confederate and southern states currency mentioned above is pretty much sold out, and it looks like they won't be getting any more.  As I understand it, the printing company (and all their stock) has been purchased by another vendor who sell in wholesale, and have a pretty high dollar quantity for a minimum order.

Well, I may have found an acceptable solution to the lack of "period" American (United States) replica currency, but it will be awhile before I can report on it.  Maybe not 'til the end of the year.  Stay tuned for more, or make a suggestion of your own.   Heh.   And more "props" articles are in the works.