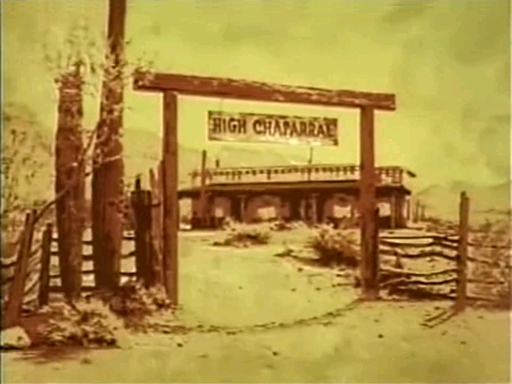 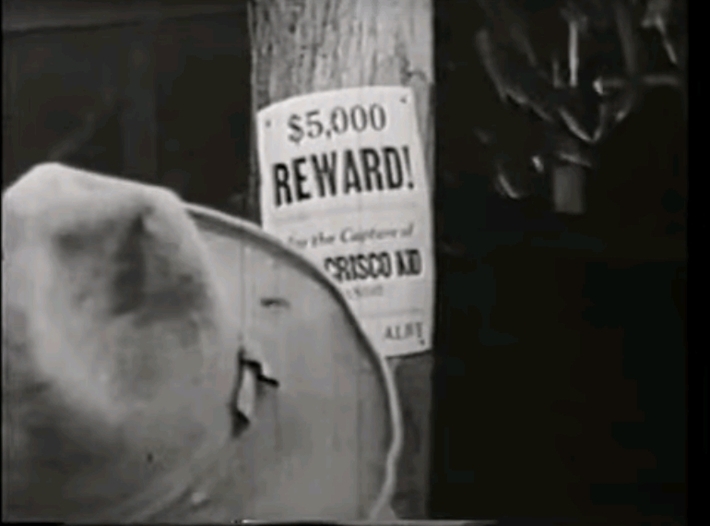 A wanted poster for The Crisco Kid?  I guess these B western film makers were already incorporating little jokes for the viewers with sharp eyes.

OK, another "catch", this time from The Wild Wild West: Is is just me, or does the steamboat say "Sultana" on it?  If so, this discovery is NOT at all funny.  The Mississippi steamboat Sultana exploded on April 27, 1865 causing 1,168 deaths.  This event still ranks as the worst maritime disaster in the history of the USA.

It does look like SULTANA.  If so I like to think that they were just trying to preserve the fading memory.

Yeah, it's probably not intended to reference the real Sultana in any way beyond someone's hazy memory of a "famous" riverboat.  Still, I couldn't help pointing it out.