Colonel Jacob Schick dreamed up the electric razor after spending time in Alaska, where he got sick and tired of lathering up with freezing cold water before he had to shave. He also thought up the idea while recuperating from injury. He thought it so ingenious he sent out plans to manufacturers who immediately rejected the idea, thinking the invention was too bulky. All plans for the razor were put on hold when Schick had to return to active duty during World War I.

After he put his invention on hold and went back to war, he got inspired by weaponry and used the design of repeating firearms in razors with replaceable blades. This style of razor took off (in fact you’re still buying Schick razors in the drug store today). But Jacob Schick couldn’t get the idea of the electric razor out of his head, so he sold assets in his successful razor company and went back to working on the original electric razor idea.

Schick then started his own electric razor factory and churned out various models. He filed his original patent in 1930. It took a while for the idea to catch on, but as more razors were introduced, the electric model became more and more popular. Schick eventually sold to Norelco in the 1980s.

If Schick had not been called back to military service, would he have had his idea for his original injection cartridge blade razor? Maybe not. But thanks to Schick, shaving with a wet face or a dry face with ease and convenience are both options for men the world over. 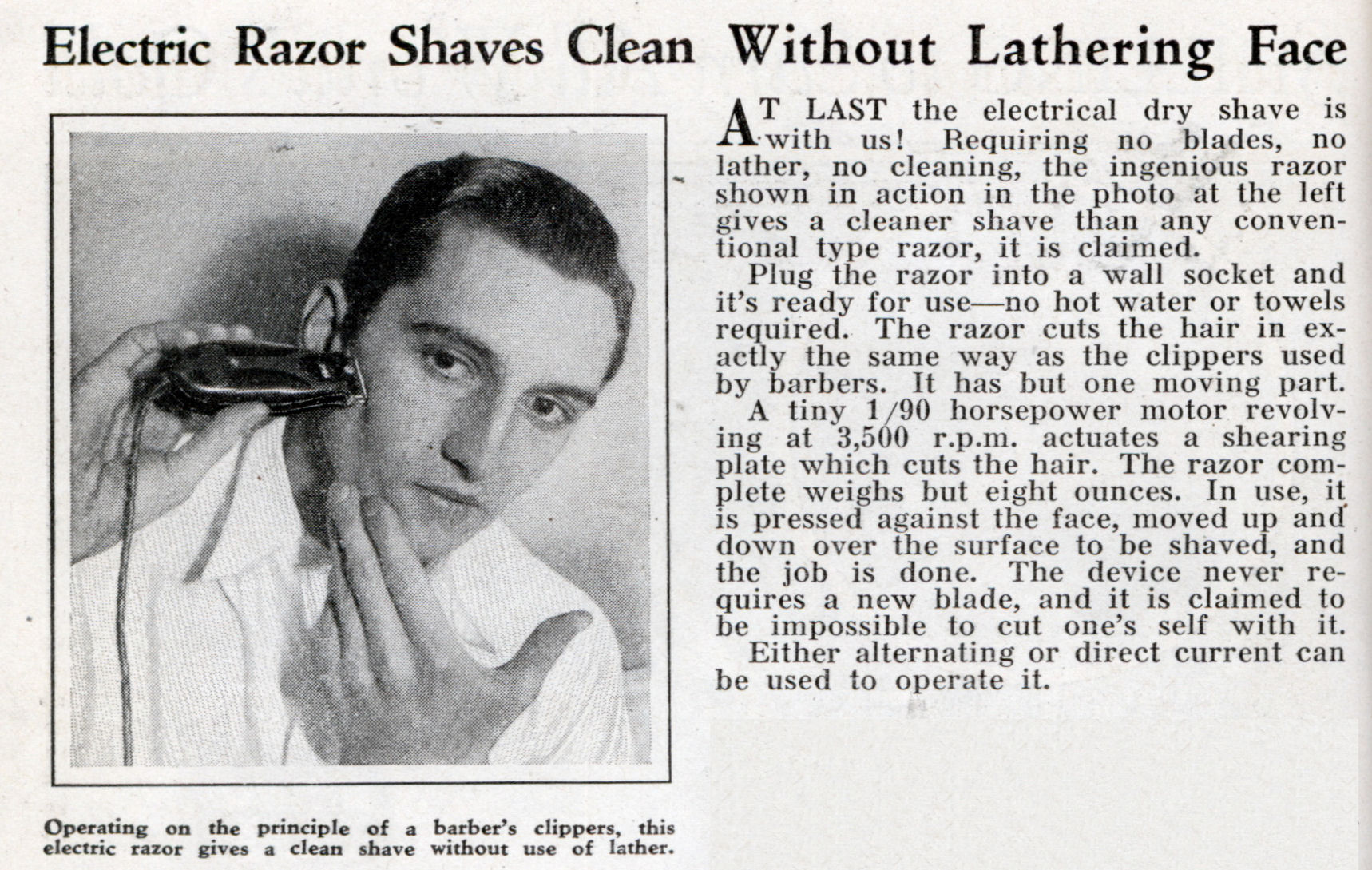 In 1928 that Colonel Jacob Schick applied for a patent for the first electric razor.

Permalink Reply by Captain Lachlan Bellraven on June 10, 2017 at 7:55am
Honestly I shave with cold water any way.

I picked up one of these for about $3. on a clearance rack.  I now carry it in my flying bag but when it runs our blades it is probably gone since the blades are way too $.  I can buy enough double edge safety razor blades to shave for 2-3 years for the price of a five pack of these blades.  It is not a bad shave being basically a vibrating safety razor.