Bergmann pistols were another attempt to bring semi-auto firearms into existence in the 1890s.  (The other best known types were the 1893 Borchardt, and 1896 Mauser.) Of these, the 1896 model is probably the best known.  Bergmann was originally unable to gear up their factory to manufacture these guns, and tried to contract with Mauser to produce them.  A handful of pre-production models were made, then Mauser backed out, due to having developed their own semi-auto handgun.  The 1896 was eventually put into production by Bergmann, but it never sold as well as the Mauser, or even the Borchardt.

The Broomhandle Mauser eventually became the basis for the blaster pistols used by Han Solo, and Luke Skywalker in the Star Wars films, by adding a small scope, a funnel on the end of the barrel, and some glued on heatsinks.   Later, the Bergmann became the influence for a Mandalorian blaster in the Star Wars realm. 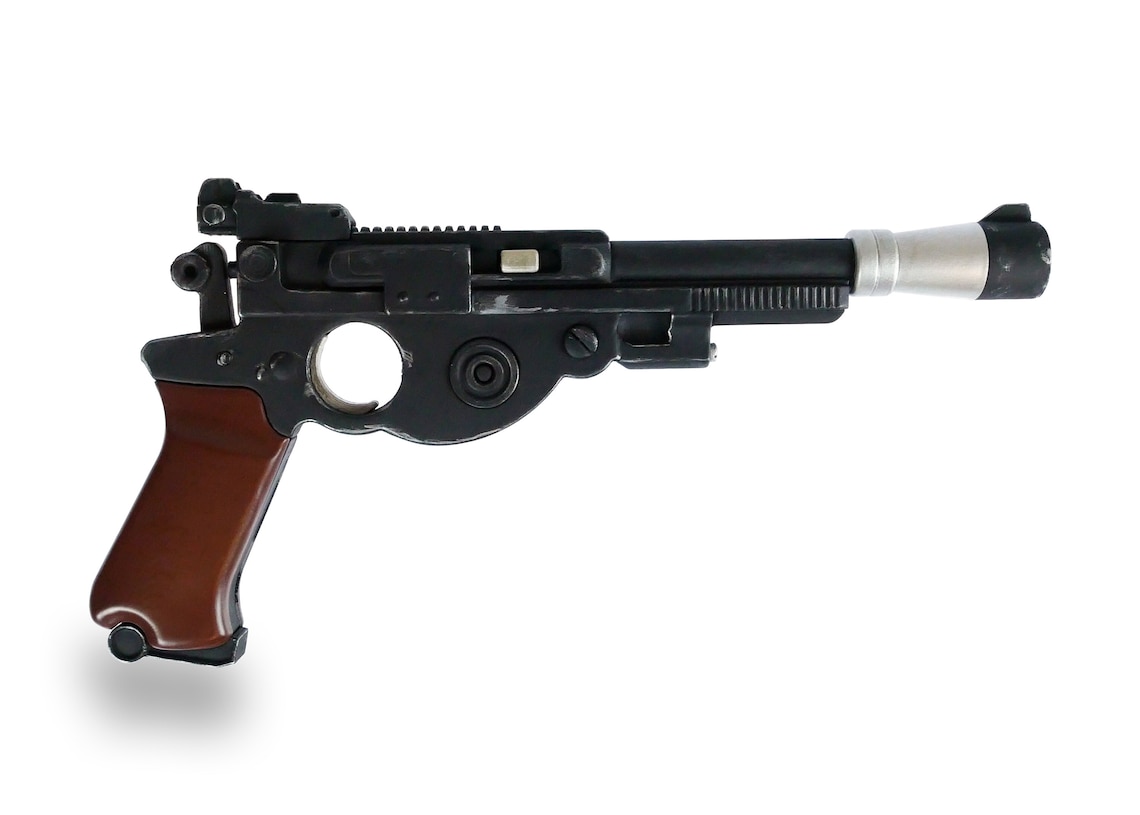 Clearly a Bergmannesque frame, although the hammer is still Mauserish.