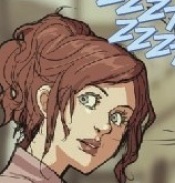 Madeleine Holly-Rosing has not received any gifts yet

About you:
I'm the writer/creator of the steampunk webcomic BOSTON METAPHYSICAL SOCIETY and the companion novellas.

I'll still be in Florida this May, and I currently live in West Texas. That would be cool to actually meet you and others here at some CONS, we will see.

Good afternoon Ms Madeleine! Thank you for accepting my friendship offer, I hope to learn from you and share creative ideas with all our SP friends here. Pleasure to meet you.